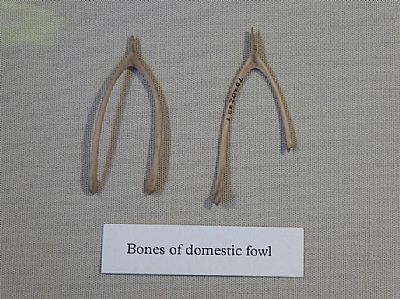 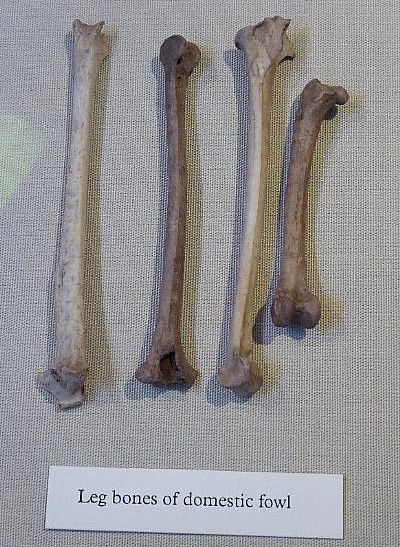 Chickens were first introduced into Britain during the Iron Age but it has been suggested that before the Roman invasion they were not widely eaten. Evidence from archaeological sites suggests chicken became much more popular as a foodstuff after the Romans arrived. The famous Roman cookery book by Apicius contains 15 recipes for chicken and many that include eggs as an ingredient. It was cooked using herbs and spices and sometimes accompanied by honey based sweet sauces. Letters found at Vindolanda on Hadrian’s Wall also mention chickens and eggs in lists of foodstuffs supplied for the military.

Chickens in Roman Britain would have been smaller than the ones we know today but clearly were a popular part of the diet. Butchered bones of chickens and geese are often found during excavations on Roman sites. We can imagine them roaming free or being kept in pens in towns like Letocetum.

Geese and ducks were kept for food and for their feathers and down which could be used in bedding. The Romans may also have introduced the keeping of pigeons in dovecotes. On many sites the bones of wild birds such as pheasant, partridge and a whole range of water birds have been found. Hunting and snaring birds would have been a popular pastime and provided a wide variety of foods for the table.