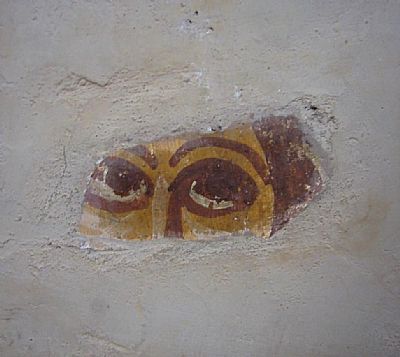 Two panels in the museum display the fragmentary remains of painted wall plaster below the one of the reconstructed ceiling plaster panel. These small pieces of wall plaster were found at the Mansio in the 1912 excavation.

Roman wall paintings were usually divided into three zones; a dado at the bottom which was a little under a metre high; then a large main area of about 2.5 m which may have been subdivided into separate panels and; finally a frieze running around the top of the wall.

The most basic designs used vertical and horizontal lines dividing the wall into blocks of colour, often patterned to try to imitate panels of marble or polished exotic stonework and columns. If a more decorative effect was desired then flowers, wreaths of leaves, animals and birds could be added to a plain background. Even more elaborate would have been entire landscape scenes which might include pictures from mythical stories including buildings and human figures.

Wall painting was one way of spreading appreciation of Roman style and culture among local people. Initially craftspeople from the continent would have come to Britannia to decorate public buildings and high status villas. Eventually British people would have been trained in the techniques and set up their own workshops. They would have travelled from place to place to undertake commissions when a new villa, baths building or other public building like the mansio were under construction. It is likely that only one or two rooms would have been decorated as this would have been quite expensive.

Most wall painting was applied to wet plaster using the true ‘fresco’ technique although this was not always the case. This would mean the pigments were absorbed into the plaster and therefore can survive well even in the British climate. However the collapse and destruction of buildings after the Romans left Britain means that designs are often too fragmentary to attempt reconstructions.

Some more examples of painted plaster: 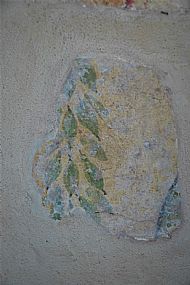 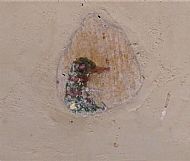