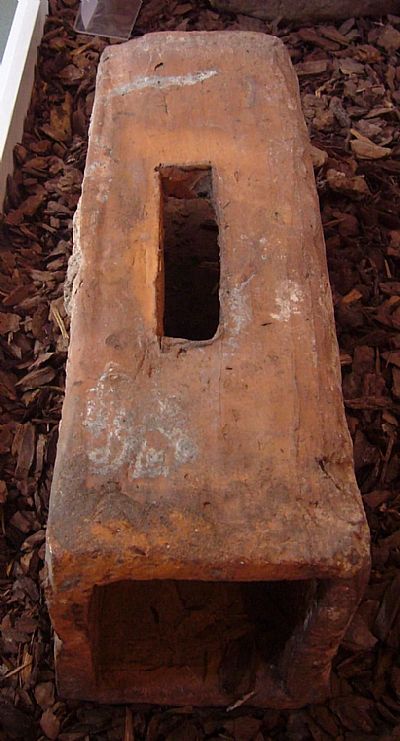 This is a hollow rectangular tile with slots on two of its sides. It would have been built within a wall, vertically and in rows of identical tiles, to carry hot air from a hypocaust under the floor, through the thickness of the wall, and eventually out at the top of the wall. The slots would have been joined to the slots of the adjacent tiles so that hot air was circulated through the wall. The outer sides of the box flues would have been plastered over, so they wouldn’t be visible from inside the room, and grooves on the flat surface of the tile helped the plaster adhere.

The box flue tile was found in excavations on the baths in 1912. It would probably have been in the walls of the room with the well-preserved hypocaust that was also found then. Box flue tile was also found in excavations in 1962-63 near Watling Street, to the east of the baths, indicating the site of another building, probably in this case a private house, which had at least one room heated by a hypocaust.