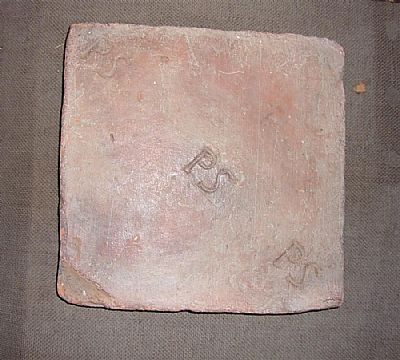 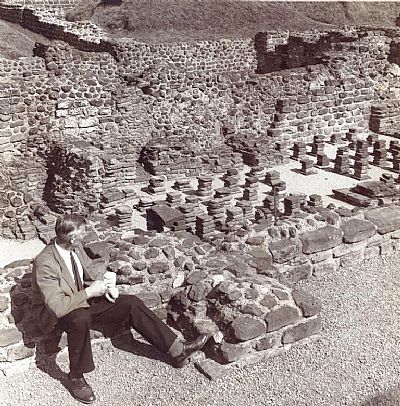 Before it was fired this square tile was stamped with the letters PS, which may be the initials of the man who made it. Neat piles of these tiles, stacked like columns (pilae), supported the floor of one of the rooms of the baths so that it could be heated by hot air flowing under it- a hypocaust. The hot air was produced by a furnace in the next room. When the baths were excavated in 1912, the piles of tiles were almost intact and in some cases they were 12 tiles high. They were left open until the 1990s when they were buried to protect them from damage from the weather, particularly from frost. Tiles like these were also used in the walls of the baths and mansio as levelling courses after every few courses of stonework, where they also had a decorative effect.